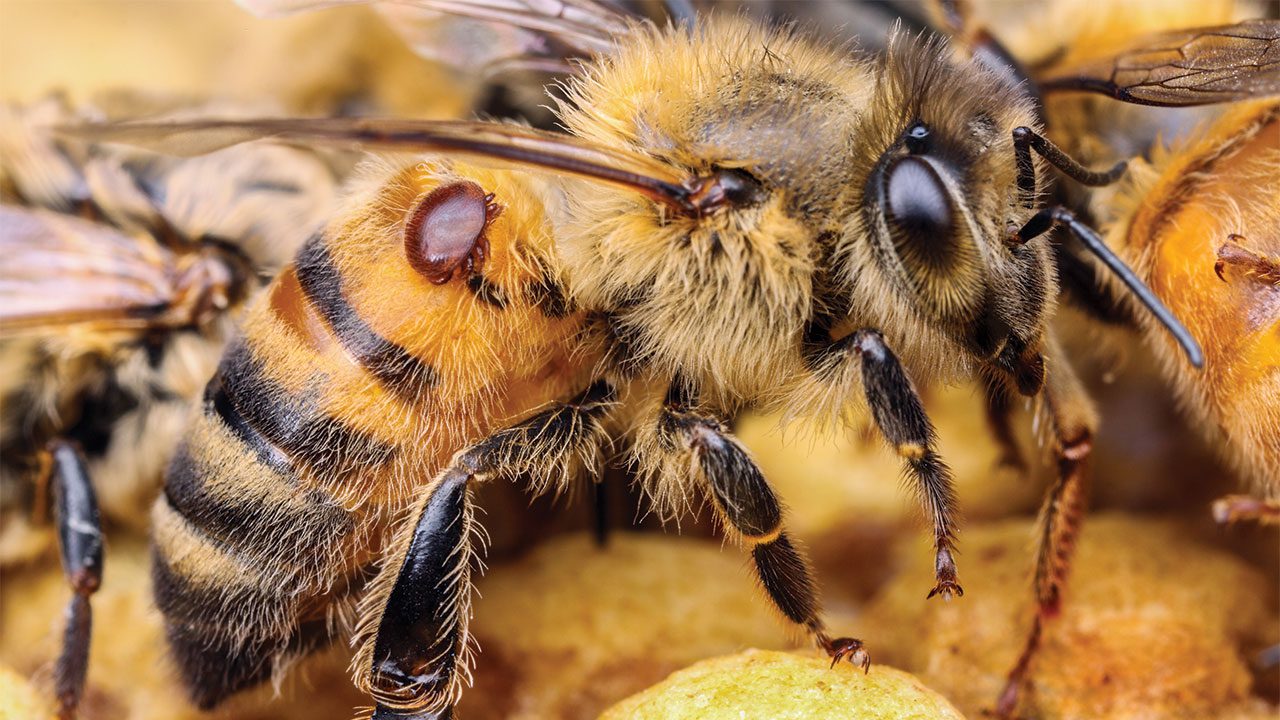 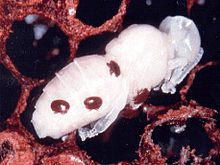 "Varroa destructor (Varroa mite) is an external parasitic mite that attacks and feeds on the honey bees Apis cerana and Apis mellifera. The Varroa mite can reproduce only in a honey bee colony. It attaches to the body of the bee and weakens the bee by sucking fat bodies. The species is a vector for at least five debilitating bee viruses, including RNA viruses such as the deformed wing virus (DWV). A significant mite infestation leads to the death of a honey bee colony, usually in the late autumn through early spring. The Varroa mite is the parasite with possibly the most pronounced economic impact on the beekeeping industry. Varroa is considered to be one of multiple stress factors contributing to the higher levels of bee losses around the world." - Wikipedia